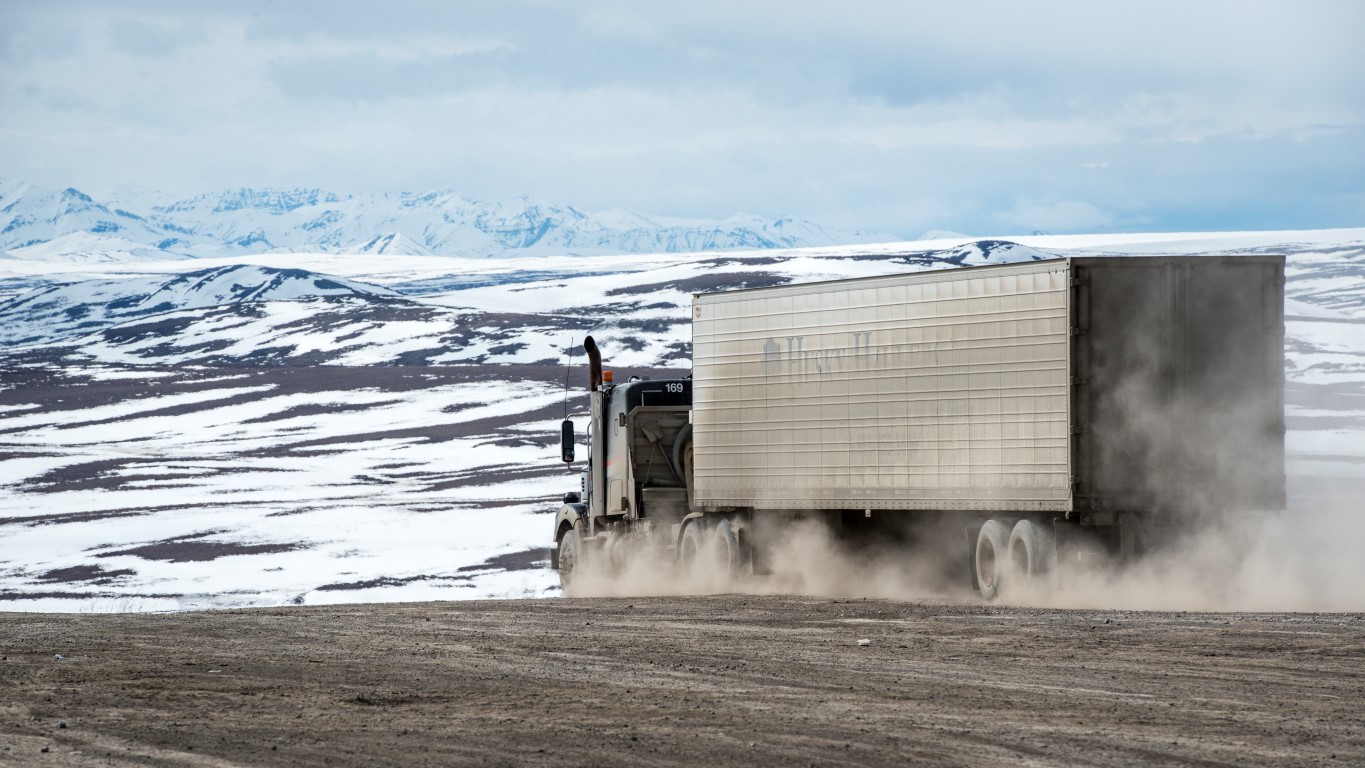 As we leave Fairbanks, the skies darken and rain looks like it’s on its way. The northern taiga forest whizzes by, and long stretches of patched pavement give way to graded dirt road. We are on the Dalton Highway. Originally known as the ‘North Slope Haul Road’, the Dalton highway was constructed alongside the trans-Alaska pipeline, which goes from Prudhoe Bay to Valdez. The haul road was constructed to aid the pipeline worker’s efforts and to haul large loads to the far north. A few decades ago it was opened to the public as the Dalton Highway, however it is certainly far from your typical highway. Shortly after leaving Fairbanks, all cellphone service ends for the next 414 miles (there is service in Deadhorse), one gas station along the way, and surrounded by vast wild lands. The oil pipeline serves as the single stark reminder of civilization and the purpose of the highway in the first place. Yet even as much as I despise the pipeline itself, this feat of engineering is the result of many long months of work and the sweat and blood of some very hard workers.

Our first stop is Coldfoot, a small town in the heart of the Brooks Range. Here we stop into the Arctic Interagency Visitor Center before heading to our BLM cabins for the night – surrounded by beautiful black spruce and snowy-white lichens!

The next day we head further north. Taiga soon gives way to barren tundra. We have reached the North Slope. The only trees here are the hardy willows, and there are even few of these. But this land is far from lifeless – arctic ground squirrels hop out of their dens, curious to see us odd passerbys.

In Atigun Pass, the road narrows to almost a one-lane dirt road, and truckers must communicate with each other to avoid crashes in this section. Avalanches are also a constant worry, and the Chandler highway station which fires mortar rounds at the mountains nearby in order to prevent avalanches.

Only a few miles from the road, a narrow stretch of the famed Arctic National Wildlife Refuge becomes visible. It is not marked, but its fame certainly precedes the sight. It’s hard to describe the feeling as we step foot on the soil. There’s no line, no marker as to where the refuge land begins or ends. It looks just like many other mountain valleys in the surrounding region. But the air hangs heavy with years of tension between environmental agencies and corporate interests, and I could not forget this as we walked across the vast landscape.